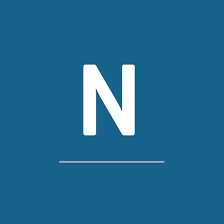 This fall, all 65 seats in the Colorado House of Representatives and 16 of the state Senate’s 35 seats will be up for election. Just over a quarter of those districts had competitive Republican or Democratic primary elections Tuesday. In almost all of those 23 contested primaries for state House and Senate seats, votes counted […]

Feed more crops to people, not animals. It’s a matter of life or death.

When Russia attacked Ukraine, some tragedies were immediate — loss of life, loss of community, loss of culture and joy. Other tragedies were delayed, lacking speed, but wide in scale. They were global, and it took a war to further expose them. While scientists and advocates have long urged consumers, governments, and companies to accelerate […]

The post Feed more crops to people, not animals. It’s a matter of life or death. appeared first on Colorado Newsline.

Former Jefferson County Clerk Pam Anderson won the Republican nomination for secretary of state Tuesday night, defeating election denier and indicted county Clerk Tina Peters. As of 9:45 p.m, Anderson had about 44% of the vote. Yuma County resident Mike O’Donnell had about 29% of the vote. Peters fell in third place with about 27% […]

Incumbent Republican Rep. Lauren Boebert held off a primary challenge Tuesday night and will be the party’s nominee in the fall in an increasingly conservative 3rd Congressional District. As of 10:30 p.m. Tuesday night, unofficial results showed Boebert, of Silt, with about 65% of the vote and challenger state Sen. Don Coram with about 35%. […]

Heidi Ganahl won the Republican nomination for governor Tuesday over former Parker mayor Greg Lopez. As of 9:15 p.m. on Tuesday, Ganahl had about 53% of the vote according to results in the Colorado primary election from the secretary of state’s office. The Associated Press called the race at about 8 p.m. in Ganahl’s favor. […]

Denver construction CEO Joe O’Dea is poised to be the Colorado Republican Party’s nominee for U.S. Senate in November after prevailing in a head-to-head primary contest with far-right state Rep. Ron Hanks. With nearly 500,000 ballots counted, O’Dea led Hanks by a 10-point margin Tuesday night, according to unofficial results. The Associated Press called the […]

Trump had to be physically restrained from joining Jan. 6 mob, House panel told

Donald Trump had to be held back from joining his enraged, rioting supporters — even after the president was told they were armed — in their assault on the U.S. Capitol, according to astonishing testimony to the Jan. 6 committee Tuesday from a former top White House aide. Trump, spewing expletives, was so angry at […]

The post Trump had to be physically restrained from joining Jan. 6 mob, House panel told appeared first on Colorado Newsline.

Primary election candidates are competing in Colorado to earn their party’s nomination to appear on the general election ballot in November. For months, the candidates have made their pitch to voters. The primary election polls close today at 7 p.m. Candidates are running for governor, U.S. Senate, secretary of state, congressional seats, state legislative seats […]

Thousands rally for abortion rights at Colorado Capitol in Denver